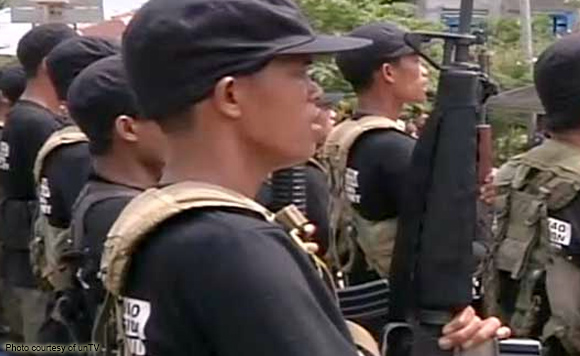 In a report Tuesday, Col. Marceliano V. Teofilo, commander of the 203rd Infantry Brigade, who has operational jurisdiction over Mindoro Island, said scores of NPA terrorists may have died while others were wounded in the gun battles.

“Many NPAs have died in the firefights due to the heavy bloodstains seen at the encounter site. Our troops saw the NPAs dragging their casualties,’ Teofilo said, noting that the military’s combat operations have been relentless.

He vowed their troops are bent on protecting the people from NPAs’ atrocities especially now that the enemies of the state have resorted to kidnappings.

“The people here in Mindoro, especially the Mangyan tribes already denounce them and have withdrawn support to the terrorists group. Day by day, they are losing fighters and members, and they are losing support from the masses. So we there is no letup on this,” Teofilo said.

Lt. Col. Alexander Arbolado, commander of the 4th IB, said the troops first encountered the NPAs at around 10 a.m. on Sunday after validating information from a concerned citizen.

Arbolado said a civilian informant told the military that around 10 NPA members belonging to Platoon Mike, Kilusang Larangang Gerilya Silangan were extorting money and food from the residents in the area.

He said the firefight lasted 15 minutes, leaving bloodstains at the enemies’ positions. No one was hurt on the government side.

He said troops pursued the retreating NPA members who were cornered in Sitio Ilaya and another 15-minute battle ensued around 1:50 p.m.

He said the military assault led to the discovery of the NPA lair and recovered the enemies’ various war materials.

Bayan said the checkpoints are set up to apprehend the fleeing NPAs and also give medical aid to their wounded personnel.

Military officials said the Communist Party of the Philippines-NPA members have recently committed a series of killings, kidnappings, and tortures of civilians in Mindoro where innocent residents Kennedy Aquino and Jun-jun Ysog were slain on Feb. 26 and March 4, respectively.

Another victim, Jose Barera, a Hanunuo tribe leader in Barangay Naibuan, San Jose, was killed last April 12. The NPA was also tagged as the ones responsible for the disappearance of Pepito Pamis.

The military also tagged NPA terrorists as responsible for the burning of construction heavy equipment of the Sta. Clara Hydroelectric Company in Naujan, Oriental Mindoro.

Rebels were also believed to behind the harassment and burning of the campaign materials of re-electionist Rep. Josephine Sato in Sablayan, Occidental Mindoro.

Meanwhile, Teofilo and Brig. Gen. Tomas Apolinario, Mimaropa Police Regional Director, commended the operating troops for their efforts in protecting the people of San Jose as he encouraged the soldiers to “never get tired in helping and serving the Mindoreños.”

Both the military and police urged various human right groups especially the National Union of People’s Lawyers (NUPL) and Karapatan, to help the victims of the NPAs.

Both officials urged NUPL and Karapatan to condemn the atrocities committed by the terrorists group and show the family of the NPA victims that they are really human rights defenders. (PNA)