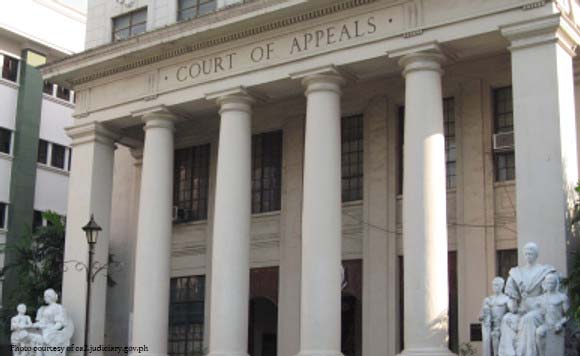 0 1,123
Share
Want more POLITIKO News? Get the latest newsfeed here. We publish dozens and dozens of politics-only news stories every hour. Click here to get to know more about your politiko - from trivial to crucial. it's our commitment to tell their stories. We follow your favorite POLITIKO like they are rockstars. If you are the politiko, always remember, your side is always our story. Read more. Find out more. Get the latest news here before it spreads on social media. Follow and bookmark this link. https://goo.gl/SvY8Kr

The CA has issued a rulign which junked the petition of Reyes who sought the reversal of the Department of Justice (DOJ) resolution which found probable cause to indict her with usurpation of authority or official functions in violation of Article 177 of the Revised Penal Code (RPC).

The case was filed by Marinduque Rep. Lord Allan Velasco who was declared by the Commission on Elections (Comelec) as the winner in the 2013 elections.

Velasco’s win against Reyes which was later affirmed by the Supreme Court (SC).

“Despite the Resolution of the Supreme Court dismissing her petition and finding no grave abuse on the part of the Comelec En Banc, Reyes continuously occupied the Office of the Marinduque Representative, received the salaries, allowances, and other benefits intended for such position, as well as, the funds intended for the maintenance and operational expenses of the Office of the Marinduque Representative,” ruled the CA.

“From the foregoing findings, the essential element of false pretense is apparent,” it stressed.