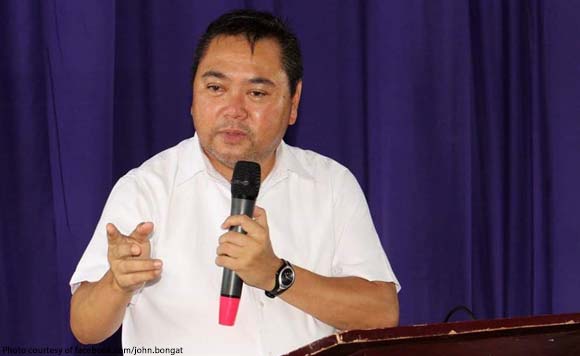 0 1,227
Share
Want more POLITIKO News? Get the latest newsfeed here. We publish dozens and dozens of politics-only news stories every hour. Click here to get to know more about your politiko - from trivial to crucial. it's our commitment to tell their stories. We follow your favorite POLITIKO like they are rockstars. If you are the politiko, always remember, your side is always our story. Read more. Find out more. Get the latest news here before it spreads on social media. Follow and bookmark this link. https://goo.gl/SvY8Kr

Mayor Bongat felt elated with the accolade that he received now that he’s set to march out of office on June 30.

“SINCE IT’S HAPPY GRADUATION HERE and THERE, I was greeted just that, with a “Plaque of Graduation” from our City College of Naga (CCN) family, on the occasion of their 44th Commencement Exercises this afternoon, considering that I, myself, am graduating as your Mayor come June 30,” he said.

Bongat will exit public service in June after serving as mayor for three terms starting 2010.

“Thanks CCN for the appreciative words, for believing that I’ve lived such an ‘inspirational kind of life to the people of Naga City’ and have given ‘the best example of real and truthful civil servant.'”

The mayor said that he truly hopes that he was able to make a change in the lives of all Nagueños.

“But more than that, you also say that my ‘graduation as Mayor of Naga City, after nine years of honest and dedicated service, leaves the unfathomable footprints in the hearts of everyone,'” he said.

“I really hope that I’ve been inspiring enough!”