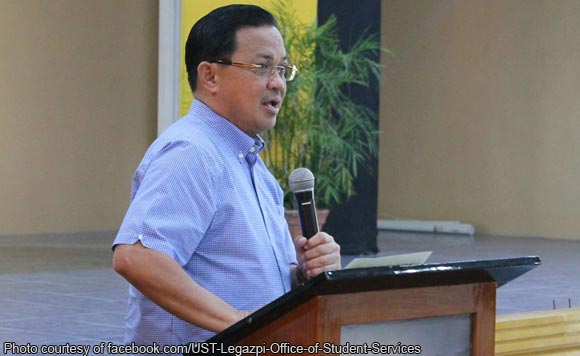 Legazpi City Mayor Noel Rosal, concurrent chair of the Regional Peace and Order Council (RPOC), on Friday requested the Philippine National Police (PNP) to conduct an in-depth investigation on the killing of a retired provincial police chief of Camarines Sur who was running for councilor of this city.

Col. Ramiro Bausa was meeting a person in Barangay Cagbacong here on Wednesday when he was attacked by armed men believed to be New People’s Army (NPA) rebels.

Rosal said initial investigation showed that Bausa’s killing could have been pre-meditated. He noted that Bausa did not use his service vehicle and rode another car in going to the remote village that is known to be rebel-infested.

The mayor asked the police to investigate the person who Bausa was
about to meet as the information might shed light on the killing.

“Through an in-depth investigation, we could determine the identity of this person and find out the possible motive behind the killing,” Rosal said.

Bausa’s body was found lying beside a house reportedly owned by his friend. The victim suffered a gunshot wound on the head and other parts of his body, resulting in his instantaneous death.

Bausa was a member of the Philippine National Police Academy Class ’87. He was assigned as police provincial director of Camarines Sur in 2014 and retired from the service in 2017. (PNA)