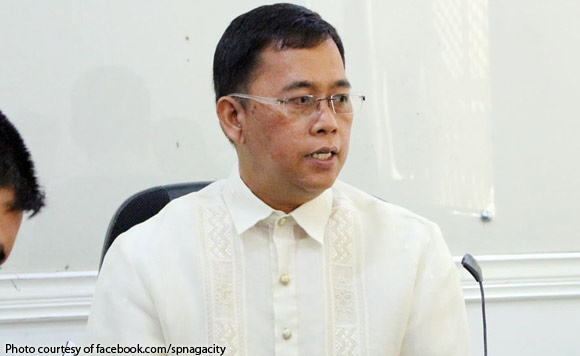 Was that a prophesy?

Naga City Vice Mayor Nelson Legacion couldn’t help but wonder if one of his friends had predicted the future.

Legacion, who is running for Mayor, shared a post on his Facebook wall four years ago from his late friend Doc Chito Perez.

Perez had posted on Legacion’s wall that he will be the next mayor, and that all the others are just future mayors.

It won’t be long before we know if these words will prove prophetic, since the elections will be held in a month!

“A PROPHESY? A post from exactly four years ago appeared on my wall showing, among others, the late Doc Chito Perez’s take on who will be the next city mayor. His comment reads:

THIS IS GOING TO BE OUR ‘NEXT’ MAYOR….ALL THE OTHERS ARE JUST ‘FUTURE MAYORS’… SO NOW THAT’S SETTLED… IT’S A MATTER OF ‘SEMANTICS’ MY DEAR WATSON…LABSYA! LOL!,” Legacion posted.