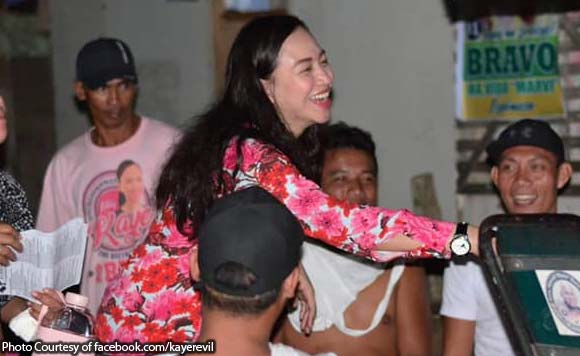 The incumbent vice governor said the warmth of Masbateños is “amazing.”

:Do you know that after a whole day of campaigning under the heat of the sun, we also still go out at night for fiestas. Ompo, grabe na pag-ungod. Lumalaban. For the love of Masbate,” Revil said.

“And so far it’s really amazing. Feeling all the warmth from truly concerned Masbateños. For they know that we can ably represent with all our heart,” she said.

The Vice Governor also said that a “true Masbateña” should represent Masbate province.

“Atty Kaye Celera Revil for Congresswoman. Choose to be represented by one who truly feels for Masbate, a true Masbateña,” Revil said.