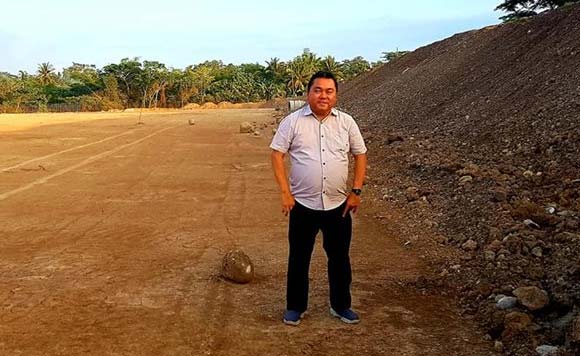 Before he ends his final term, Naga Mayor John Bongat wants to make sure that he is leaving a clean city behind.

This was why he checked up on the construction of the city’s new sanitary land fill that will replace the Balatas open dump site.

In a Facebook post, Bongat said the new land fill will be ready in a few months.

During his visit, he checked on its base base course, the man-made earth ridges surrounding the dumping area, and the dikes.

The land fill will also have a materials recovery facility, roads and a drainage system, a water treatment facility, and a compost pit to process biodegradables into organic fertilizer.

The area will also be surrounded by trees to serve as a buffer zone.

With the landfill’s operation, we can expect Naga to be cleaner than ever!

“GOODBYE BALATAS OPEN DUMP SITE, WELCOME TO SAN ISIDRO SLF! Yes, in a few months, according to the city’s SLF TWG headed by CPDO Wilfredo Briñas Prilles Jr. A happy Sunday to you all! THE CONSTRUCTION OF THE CITY’S NEW SANITARY LANDFILL (SLF) in Brgy San Isidro is in full swing. Just visited the project, as part of my routine job, to see to it that the base course and the man-made earth ridges surrounding the dumping area, are properly compacted. The facility will include a big MRF, a facility-wide road and drainage system, a water treatment facility, a huge compost pit for biodegradables processing into organic fertilizer (and probably a waste-to-energy component in the next phase), among others. I also checked the finishing works on the concrete dikes/revetments to ensure they are on schedule. Early on, the city government has for several years already been conducting tree planting activities within the boundary lines surrounding the SLF’s 10-hectare expanse as well as transplanting of half-grown trees, as you can see in the background, to serve as buffer zone. #ValedictorySeriesMJB.47,” Bongat posted on Facebook.