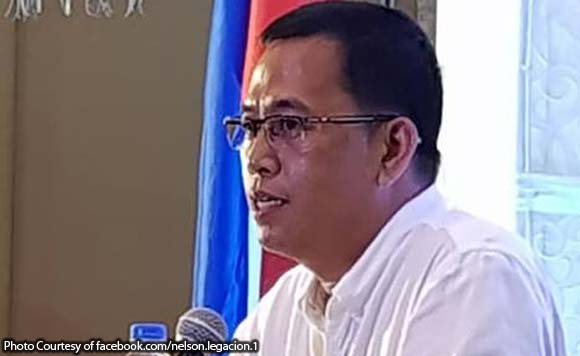 Naga City Vice Mayor Nelson Legacion scored the “mudslinging” against him as his named was dragged over the alleged “missing calamity fund.”

“MUDSLINGING. My name was dragged in a supposedly missing P50M Calamity Fund,” the Vice Mayor said.

He said that due to the transparency initiatives of Naga, it was cleared that only P596,000 was used and it was properly accounted for.

“Thanks to the transparency initiatives of Naga, which I commit to uphold and strengthen, things were cleared that only P596,000 were used in TC Usman to help the people who suffered from the calamity,” Legacion said.

“CYBER-ATTACK. The SP Naga website, spnagacity.com, was defaced yesterday. They attacked directly our efforts to give Naguenos easy access to information about the city government,” he said.

Legacion is the presiding officer of Naga City SP.

“Cybercrime is a crime. Legal steps shall be taken to make perpetrators pay,” he said.