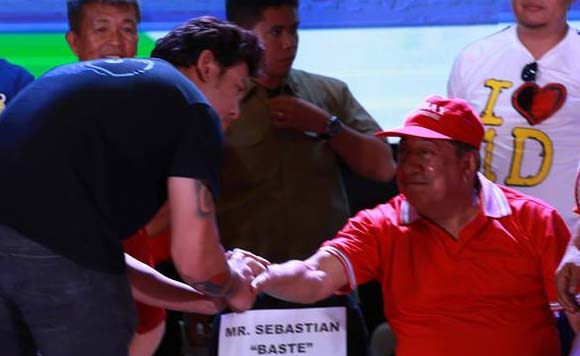 Thousands of Albayanos attended the campaign sortie of HNP yesterday held at the Albay Astrodome.

Baste Duterte led the sortoe in the absence of presidential daughter Davao City Mayor Sarah Duterte, who is also the Chairman of the HNP.

Numerous village chiefs from all over the province of Albay attended the program.

In his message, Governor Bichara encouraged the Albayanos to choose and vote wisely these upcoming senatorial and local elections.

“Let us choose the people that can help Albay, voter for those that aid us in achieving our goals to uplift the lives of the Albayanos,” he said.

Masbate BM Arevalo turns into a ‘plantito’ while…