Even slaughterhouses can be green, says Naga Mayor John Bongat 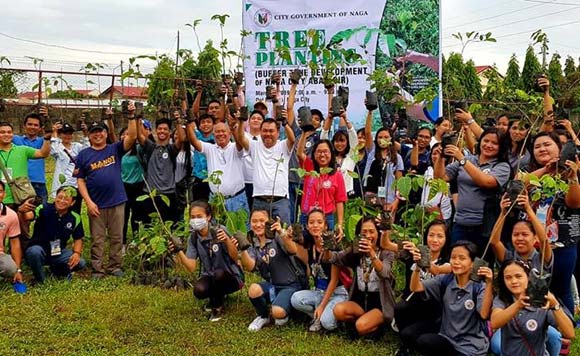 0 627
Share
Want more POLITIKO News? Get the latest newsfeed here. We publish dozens and dozens of politics-only news stories every hour. Click here to get to know more about your politiko - from trivial to crucial. it's our commitment to tell their stories. We follow your favorite POLITIKO like they are rockstars. If you are the politiko, always remember, your side is always our story. Read more. Find out more. Get the latest news here before it spreads on social media. Follow and bookmark this link. https://goo.gl/SvY8Kr

Slaughterhouses don’t always have to be all gore and blood.

In a Facebook post, he said this was the first step toward developing an orchard around the facility, which would feature guyabano, jackfruit, rambutan, mango, cacao, pili and other tropical fruit bearing trees.

The place could also serve as a playground for children living in the nearby employees’ housing projects of the city, he said.

This will make the slaughterhouse more environment friendly, and will make Naga a more livable plate, he added.

“TREE PLANTING AROUND NAGA CITY ABATTOIR, the first step into its development into an orchard and park where guyabano, jackfruit, rambutan, mango, cacao, pili and other tropical fruit bearing trees will grow and make the facility’s surroundings (open space of more than 1 hectare) clean and green. The orchard/park can also serve as playground for kids in the adjacent employees’ housing projects of the city comprising of 141 units in Johnville 2 and 48 units in Johnville 1. Thank you City ENRO headed by Engr Alex Caning, the Naga City Abattoir headed by Mr Roberto Gupilan Acabado, Abattoir GMP Officer Engr Dhan Cea, the City Agriculture Office headed by ma’am Maria Edna Barra Bongalonta, and the City College of Naga thru College Administrator Dr. Magno Conag, Jr. for this interoffice collaboration to promote an environment-friendly slaughterhouse and a more livable City of Naga!,” he posted.