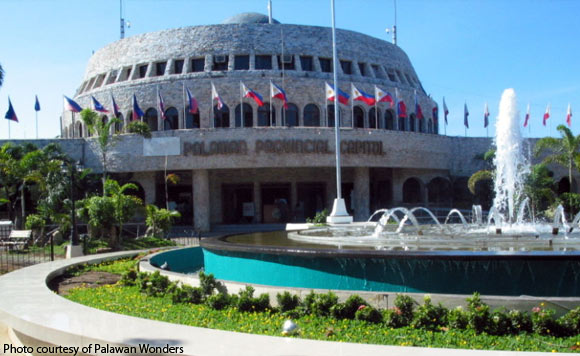 0 463
Share
Want more POLITIKO News? Get the latest newsfeed here. We publish dozens and dozens of politics-only news stories every hour. Click here to get to know more about your politiko - from trivial to crucial. it's our commitment to tell their stories. We follow your favorite POLITIKO like they are rockstars. If you are the politiko, always remember, your side is always our story. Read more. Find out more. Get the latest news here before it spreads on social media. Follow and bookmark this link. https://goo.gl/SvY8Kr

A new covered court which doubles as an evacuation center in El Nido has been inaugurated recently.

The said court costs P3 million and was funded by the Palawan Provincial government. It was one of the 185 covered courts being built by the Capitol.

Present during the inauguration were officials of the provincial government as well as the El Nido local government.

Governor Alvarez led the inauguration as well as other Capitol officials and District Commander Allen Toribio of the Philippine Coast Guard –Palawan.

Also in attendance were officials of El Nido local government as well as several barangay leaders.

Watch me! Tugade to land on Bicol International Airport