Masbate Vice Gov. Kaye Revil says she leads even in her rival’s poll 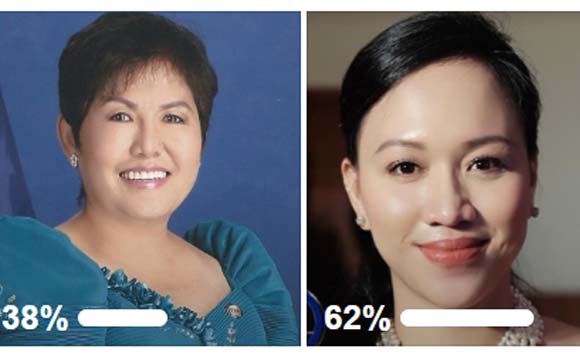 How do you know you’re popular with voters?

It’s when you lead in the polls commissioned by your rival.

Masbate Vice Gov. Kaye Revil, who is running for the post of representative in the May polls, said on Facebook that when she led in an independent survey by concerned Masbatenos, her rival’s camp questioned it.

The rival camp then commissioned its own survey, Revil said.

But based on the results so far, it looks like Revil is also leading, with more than half choosing her.

There are calls to conduct a survey in the mountains, and Revil said she is all for this as well.

Let’s hear it from the people!

“The first one that came out where I was also leading was an independent survey by some concerned Masbateños. The opposing candidate’s campaign managers questioned it so they also made their own. And here it goes. Well looks like I’m also leading in their own page’s survey. Eh sa bundok nalang daw wag sa Facebook magsurvey. 😂Tara mga bes, akyat tayo sa bundok soon. Seryoso!!! Updan nyo ako mangampanya!!! I need your help. Good morning! ☺️🙏🏻,” Revil posted.