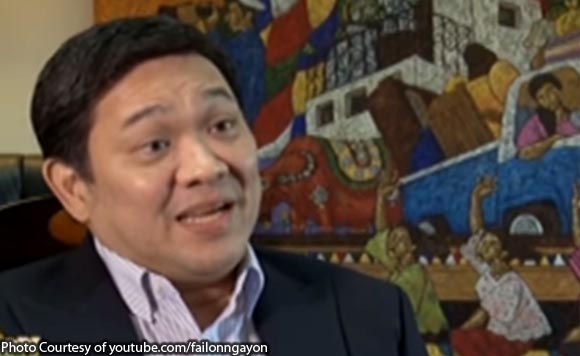 0 1,978
Share
Want more POLITIKO News? Get the latest newsfeed here. We publish dozens and dozens of politics-only news stories every hour. Click here to get to know more about your politiko - from trivial to crucial. it's our commitment to tell their stories. We follow your favorite POLITIKO like they are rockstars. If you are the politiko, always remember, your side is always our story. Read more. Find out more. Get the latest news here before it spreads on social media. Follow and bookmark this link. https://goo.gl/SvY8Kr

Camarines Sur Rep. Rolando Andaya, Jr. vowed to push for the full transparency in the bicameral conference deliberations for the 2019 budget bill.

The CamSur solon said that he will advocate for the transparency of the 2019 General Appropriations Act is transparent, fair to all and responsive to the needs of our people.

“If transparency and accountability in the GAA will be my only legacy as House leader, so be it,” Andaya said.

Andaya, meanwhile, said that they are working overtime to pass the 2019 national budget which is now under the bicam phase.

Andaya said that the House is “confident” in finding common ground to thresh out the differences of the House and Senate versions of the appropriations bill.

“No healthy difference on policy questions is irreconcilable,” he said.

“I have made my position clear. The House contingent will push for full transparency in the bicameral conference deliberations. We know that our senators want the same,” he added.