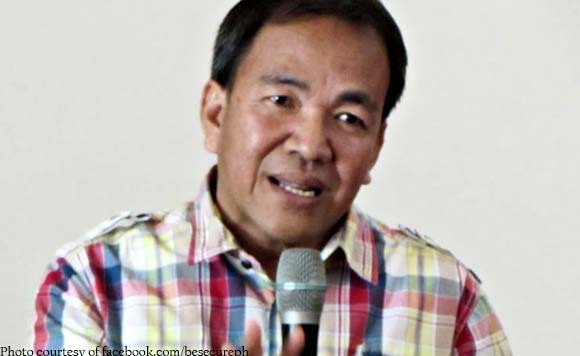 After losing 20 lives due to torrential rains spawned by Tropical Depression Usman, a low-pressure area (LPA) and tail-end of a cold front (TECF) at year-end, Albay is now adopting lower rainfall thresholds for monitoring, preparedness and evacuation schemes due to impending landslides.

Cedric Daep, chief of the Albay Public Safety and Emergency Management Office (APSEMO), said Monday the previous rainfall thresholds varied from one municipality to another, depending on the kind, composition and condition of soil in a particular place, and ranged from 180-millimeter to 240-millimeter cumulative rainfall in a 24-hour period.

“But because of the changing climatic conditions, we need to lower these thresholds if only to avoid a repeat of what happened last December 28 to 29, 2018. We unnecessarily lost lives. Some people did not mind our warnings maybe because we were merely under tropical cyclone warning signal No. 1 that time,” he told the Philippine News Agency.

Daep explained that, under the new scheme, for 0 to 70-ml of cumulative rainfall, hourly monitoring from 24 to 48 hours would already be observed; 70-ml to below 130-ml rainfall, preparedness status will be put on cue; and evacuation will be ordered once the cumulative rainfall hits 130-ml and above.

Daep said a two- to three-hour lead time to evacuate would also be strictly observed in order to achieve total transfer of landslide-threatened residents to safer grounds before the accumulated rainfall hits 150-ml.

The APSEMO chief said the new thresholds are arrived at after reviewing several instances of landslides in Albay and getting the insights of Director Renato Solidum of the Philippine Institute of Volcanology and Seismology (Phivolcs) and Landrico “Jun” Dalida, deputy administrator for Operations and Services of the Philippine Atmospheric, Geophysical and Astronomical Services Administration (PAGASA).

Daep said the hourly monitoring will be carried out from 24 hours to 48 hours, as the condition requires.

He recalled that PAGASA recorded 221.8 millimeters of rainfall on Dec. 28, and 215.15 millimeters on Dec. 29, which caused landslides in Tiwi and Legazpi City.

Daep said the 48 hours of continuous heavy downpour accumulated 437.2 millimeter of rains, or equivalent to 84 percent of the average of 520.2 millimeters monthly rainfall in Albay.

Albay broke its long-standing record of zero casualty due to its institutionalized pre-emptive evacuation schemes after 18 people were buried alive by Usman-triggered landslides in Tiwi and Legazpi City; while two drowned in Oas and Libon towns. Four remained missing in Barangays Maynonong and Sogod in Tiwi.

Daep also subjected to orientation/re-orientation on disaster preparedness the newly-hired or designated heads and members of the different municipal disaster risk reduction councils (MDRRMCs) in Albay.

“Life-threatening events in times of natural calamities are likely to happen if the lead responders in disaster-prone areas do not know what to do. We are capacitating them through trainings,” Daep added.

Asked if they would adopt the new rainfall thresholds in Albay, Office of Civil Defense (OCD) Bicol Director Claudio Yucot said he would first consult with the concerned local government officials.

“We have to do this (consultation) since a lot of things have to be put into consideration first before we could change the existing rainfall thresholds to determine evacuations due to landslides,” Yucot said.

‘Usman’-triggered landslides and floods killed 70 in Camarines Sur, 20 in Albay, 14 in Camarines Norte, eight in Sorsogon, and seven in Masbate.

Scores are still missing. Retrieval operations were, however, already halted in Albay and Camarines Sur, due to bad weather and difficulty in penetrating devastated areas. (PNA)