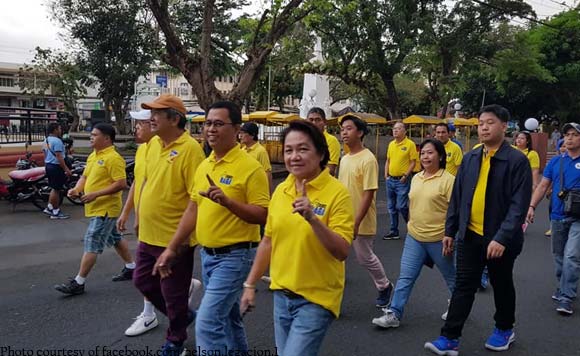 These potential future leaders of Naga don’t want their victories tainted by blood and violence.

Joining Legacion are his vice mayoralty candidate Cecilia De Asis and their councilors.

They presented a united front as they vowed to fight cleanly in the May polls.

Let’s hope there would be no violence!

Oriental Mindoro Gov. Bonz Dolor gifts the province with a…

Naujan Mayor Mark Marcos wants to be brave like Andres…