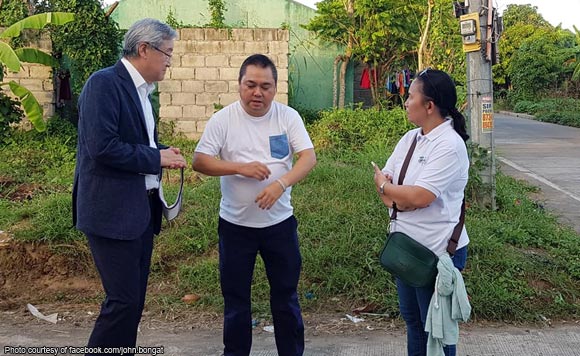 “SOMEWHERE DOWN THE ROAD with the former Foreign Affairs Minister of South Korea, who is now Head of the Volunteer Corps of Korea’s Hanyang University, to discuss the ongoing Korean students’ immersion activities at the Maogma Village in Brgy Balatas, Naga City,” said Mayor Bongat.

The mayor said that one of the group’s initiatives is social entrepreneurship in partnership with the Balatas out-of-school youth.

“Among their initiatives on social entrepreneurship is to initially develop with Balatas out-of-school youth small souvenir handicraft products, to be sold to Hanyang U students back in Korea, and the proceeds to be used to augment capital requirements here to further production and product improvement,” said Bongat.

“Thanks Ms. Eva Goyena of Habitat for Humanity Bicol for arranging the meet up,” he added.