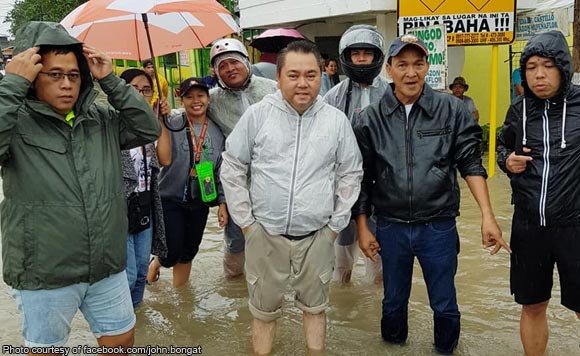 The top leaders of Naga City proved that they are at the frontline of every disaster.

Mayor John Bongat and Vice Mayor Nelson Legacion led the city hall officials that went on the field today to attend the needs of affected areas amid heavy rains.

“All other offices and units of the City Govenrment on standby and ready to deploy as requested,” he added.

Gumba also shared that upon the instruction of Mayor Bongat, with City Councilor Lito Del Rosario and NCPO City Director PSSupt. Felix Servita Jr., “convened this morning at the PSO Blue Room the JOC/IATG for a briefing and status monitoring re flooded areas and evacuations due to Typhoon Usman.”

“As the Mayor himself, Vice Mayor Nelson Legacion, other City Officials , departments and offices are on the field directly attending to the needs of affected areas,” Gumba added.