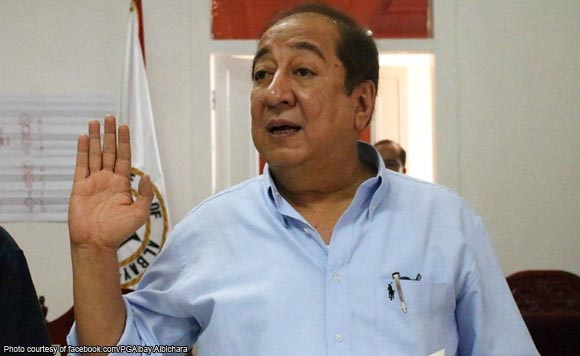 Bichara said that he condemns “in the strongest terms” the assassination of Batocabe.

Batocabe and his aide were ambushed in Daraga this afternoon after attending a gift giving activity for senior citizens and PWDs.

“Worse, it happened during an event where the congressman was giving gifts to senior citizens of Albay,” said the governor.

Bichara also asked the police to investigate the ambush and bring the perpetrators to justice.

“The provincial government of Albay calls on the Philippine National Police to promptly investigate the matter,” said Bichara.

“As an elected government official, Rep. Batocabe’s killing did not extinguish only his hopes and aspirations, but those of his constituents as well,” he added.

Batocabe was serving his last term as Ako Bicol partylist representative. Batocabe was vying as mayor of Daraga this coming 2019 elections.

Meanwhile, Albay Rep. Edcel Lagman said that the real motive and its malevolent ramifications behind Baocabe’s killing “must be determined and established without sparing anyone.”

“Politics must not be stained by the blood of politicians and partisans. It must be confined to the confrontation of ideas and programs in the tranquil fora of mutual respect and civility,” said Lagman.

“The culture of violence must be forthwith eliminated, instead of being perpetuated, condoned, and encouraged by those in power,” he added.