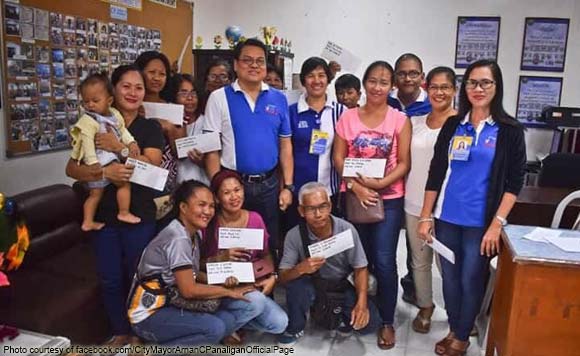 Mayor Panaligan revently led the awarding ceremony of seed capital assistance to the beneficiaries of the Self Employment Assistance-Kaunlaran (SEA-K) Program from said barangay.

According to the mayor, the said capital “will be used by the beneficiaries for their individual microenterprises.”

“This is part of the AGILA program of the City Government of Calapan. AGILA stands for Acess to Government Initiatives for Livelihood Assistance,” the mayor said.

Meanwhile, Mayor Panaligan greeted the officers of the City Senior Citizens Federation during their Christmas party.

“This 2018, the senior citizens in Calapan City have started enjoying the benefits of the Gold Card Health Program such as laboratory and diagnostic examinations and free maintenance medicines,” said the mayor.

“The construction of the Senior Citizens Federation building at the City Hall Complex is also ongoing,” he added.