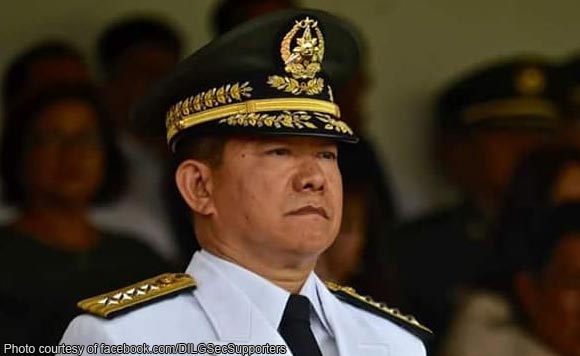 The Department of the Interior and Local Government (DILG) said on Wednesday that the series of violent attacks by communist terrorist rebels in the Bicol Region shows the insincerity of the Communist Party of the Philippines/New People’s Army/National Democratic Front (CPP/NPA/NDF) and the futility of holding peace talks with them.

“Mapanlinlang ang CPP/NPA/NDF. Kunwari ay gustong makipag-usap sa pamahalaan pero binabakbakan naman ang mga puwersa ng militar at kapulisan. Wala talagang saysay na makipag-usap sa kanila (The CPP/NPA/NDF are deceitful. They appear to be negotiating with the government but they are continuously attacking the military and the police. Talking to them would get nowhere),” DILG Secretary Eduardo M. Año said in a news release.

Peace talks with the Reds, Año said, are futile because they only back down on their word as shown by their attacks on government troops.

“The CPP has shown its true colors. What use are the Oslo peace talks and the ceasefires if the other side is not truly interested in genuine peace?” he said.

The NPA was behind the series of attacks on government troops on Monday night, including the attack on a police station in Magallanes town, Sorsogon that wounded a civilian and three policemen.

The CPP last week ordered its armed wing to intensify attacks against government forces, allegedly in response to the one-year extension of martial law in Mindanao.

“We must all stay on guard at this time of heightened threat to the Filipino people. I’m ordering all Philippine National Police (PNP) units to be on full alert following the attacks in Bicol,” Año said.

Police forces, upon orders of PNP chief Director General Oscar Albayalde, have been deployed to 10 provinces in Samar, Negros Oriental, Negros Occidental and the Bicol Region to take on a defensive stance against communist terrorist groups.

Año said the DILG will continue to pursue localized peace negotiations with NPA units because they are not giving up on peace.

“Now that President Rodrigo Duterte has signed Executive Order (EO) No. 70 series of 2018, we at DILG will at once get the ball rolling in this whole-of-nation approach to end local communist insurgency and achieving sustainable peace in the country,” Año said.

President Rodrigo Duterte on Dec. 4, 2018 signed EO No. 70 series of 2018, creating the National Task Force to End Local Communist Armed Conflict, which is headed by Duterte himself as chair and the National Security Adviser as vice chair.

The DILG serves as one of the nine-member agencies of the task force and will assist in the crafting of the National Peace Framework within six months following the issuance of the EO.

“Mas may mapapala pa tayo sa localized peace talks kesa sa CPP/NPA/ NDF dahil ang makakausap ng mga local chief executives ay yun mismong mga rebelde sa lugar. Hindi nagkukulang ang pamahalaan sa pagsusulong ng tunay na kapayapaan. Lahat ng pinto at bintana, binuksan na natin para maging posible ito (We can get more results in localized peace talks than talks with CPP/NPA/NDF because the local chief executives themselves would talk with rebels in the area. The government has not been remissed in pushing for peace. All the doors and windows have been opened so that this could be possible),” Año said.