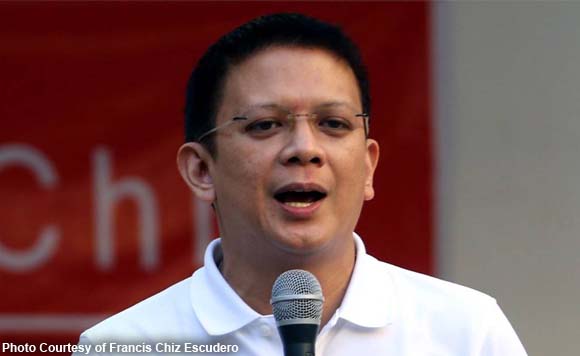 0 471
Share
Want more POLITIKO News? Get the latest newsfeed here. We publish dozens and dozens of politics-only news stories every hour. Click here to get to know more about your politiko - from trivial to crucial. it's our commitment to tell their stories. We follow your favorite POLITIKO like they are rockstars. If you are the politiko, always remember, your side is always our story. Read more. Find out more. Get the latest news here before it spreads on social media. Follow and bookmark this link. https://goo.gl/SvY8Kr

Escudero, serving his last term as Senator, filed his candidacy as Sorsogon governor.

“Escudero outlined his plans to 1) institutionalize corporate farming both in the agriculture and fisheries 2) put up a blood bank, oygen and dialysis facilities and 3) construct inter-faith cemeteries and libingan ng mga bayani per town,” it added.

“The group is proposing to convert a part of the green pasture area in Casiguran into an ecotourism area,” said the office.