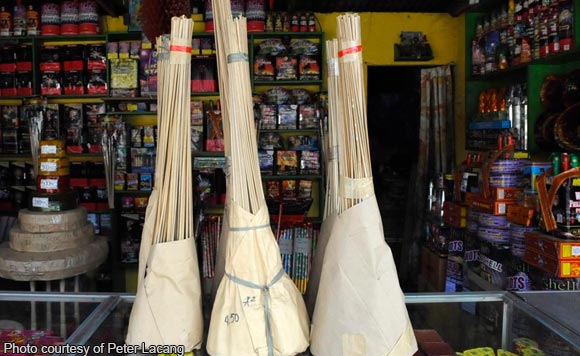 The City Government of Naga and the captains of 27 barangays have discussed its strategies to ensure the orderly and peaceful holiday season in connection with the use of firecrackers.

The barangay captains were oriented on the requirements for selling firecrackers and other pyrotechnic products in their respective jurisdictions, according to the city government.

“They will also be briefed about the ideal areas to be designated as community fireworks display places in their barangays,” Renne Gumba, head of the city’s Public Safety Office and chairman of Task Force Paputok, said in a press briefing early this week.

Meanwhile, the head of the Market Enterprise and Promotions Office,
Is also working on the applications submitted by retailers and distributors, which is one of the requirements for selling the products during Christmas and New Year’s Day, said the city government

“The task force, based on the executive order issued by Mayor John Bongat, is also instructed to cause the inspection of quantities and kinds of firecrackers and pyrotechnic devices sold and stocked by retailers or distributors aside from enforcing strictly the provisions of Republic Act No. 7183-or the law regulating the manufacture and sale of firecrackers and pyrotechnics, and ensure that all banned products as classified and declared by the Department of Health, the Department of Trade and Industry and other regulatory agencies will not be sold in the market,” the city said.

Gumba also said that vendors needs to go through orientation and seminars organized by the city government, the Naga City Police Office and the Bureau of Fire Protection (BFP) before their approved applications are released.

“The task force is also instructed to ensure that only those with special business permits may sell and distribute pyrotechnic products in the city, and to closely coordinate with firecrackers and pyrotechnics distributors and/or retailers to prevent any untoward incident such as fires and explosions in their stores and most importantly, to reduce firecracker-related deaths and injuries,” said the city government.