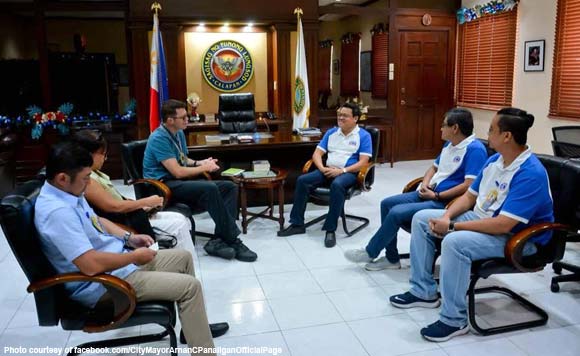 Calapan City Mayor Arnan Panaligan met with Joshua Morris, Head of the Political Affairs Unit of the United States Embassy in the Philippines.

According to the Mayor’s office, the two discussed “wide range of topics” including the programs of the city government.

‘Mayor Panaligan explained to Mr. Morris the potentials of the province of Oriental Mindoro in agriculture, tourism and energy generation,” it added.

Panaligan also talked about the community based drug rehabilitation program of Calapan, as well as the peace and order matters in the city.

“The national and local political situation was likewise touched upon in the course of the meeting,” said Panaligan’s office.

The Mayor also shared his views on the proposed charter change, local autonomy and other national political issues.