Naga City kicks off Kamundagan Festival on a high note 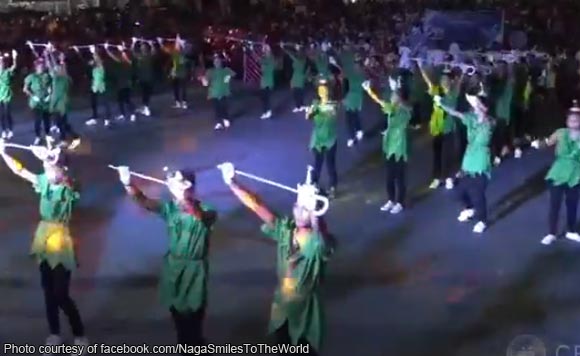 Naga City Mayor John Bongat said that the Opening Salvo of this year’s Kamundagan Festival was a successful one.

Mayor Bongat hailed his wife Farah Bongat, the overall chairperson for the said festival, for leading another fun and colorful event.

“IT WAS A SUCCESSFUL and COLORFUL OPENING SALVO of this year’s Kamundagan Festival last night, with the grand parade and the lighting of the plazas,” said Mayor Bongat.

“Congrats to Kamundagan overall chairperson Farah Bongat, and to all those who helped make the annual opening event a success,” he added.

Mayor Bongat also thanked all the barangays who participated in the Opening Salvo.

“Thank you to all participating barangays and city hall offices, and congratulations to all the winners and non-winners as well! Thanks, too, to Coun. Elmer S. Baldemoro, Chairman of Kirikiti parade! Merry Christmas to one and all,” he said.

For special awards, the winners were: