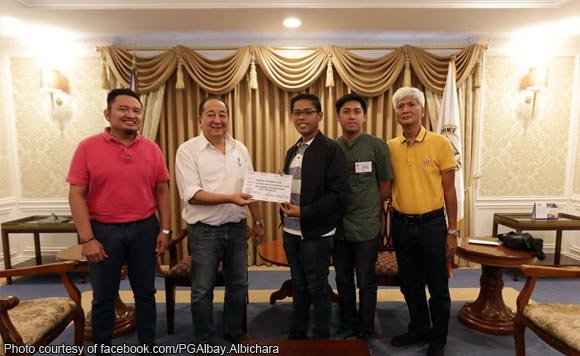 “Governor Al Francis Bichara personally turned over the check worth Php100,000 that serves as a fund for their projects,” said the provincial government.

“Those who were able to avail the said fund are the ones with proposals of their projects,” it added.

“Governor Al Francis Bichara encouraged them to promote the anti drugs campaign to their locality. He also said that they are free to use the location in Basag, Ligao City for Youth Camp,” said the province.

“Representatives from PDEA, DILG, DTI, Red Cross, DTI, DOJ, Army, Albay PPO and concerned Departments of the Provincial Government of Albay attended the said meeting to tackle and discuss the current issues concerning the peace and order in Albay, and the council’s budget,” the province said.