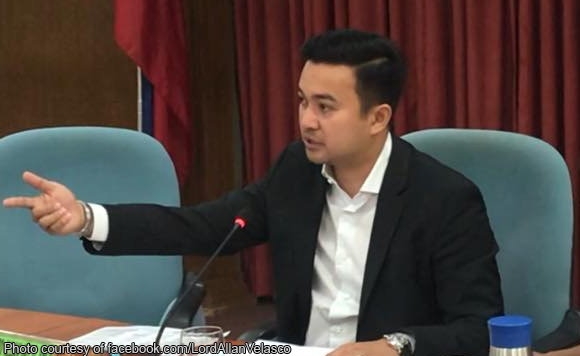 0 588
Share
Want more POLITIKO News? Get the latest newsfeed here. We publish dozens and dozens of politics-only news stories every hour. Click here to get to know more about your politiko - from trivial to crucial. it's our commitment to tell their stories. We follow your favorite POLITIKO like they are rockstars. If you are the politiko, always remember, your side is always our story. Read more. Find out more. Get the latest news here before it spreads on social media. Follow and bookmark this link. https://goo.gl/SvY8Kr

Marinduque Rep. Lord Allan Velasco has paid tribute to the “pioneer of Pediatric Medicine in the Philippines,” Dr. Fe Del Mundo, on her birth anniversary.

Velasco said that Dr. Del Mundo is a pride of Marinduque as he hailed her contribution to the medical field in the country.

“Three of her eight siblings died in infancy, while an older sister died from appendicitis at age 11. It was the death of her older sister, who had made known her desire to become a doctor for the poor, that spurred young del Mundo towards the medical profession,” Velasco shared.

“She was First Filipino and Woman that was admitted into Harvard Medical School under the Scholarship grant by President Manuel Quezon. She was one of the founders for the establishment of the “Philippine Children’s Medical Center” in 1957 located along Quezon avenue,” he added.

The solon also noted that the Del Mundo has “devised an incubator made out of bamboo, designed for use in rural communities without electrical power.”

Because of her passion for her craft, Del Mundo bagged several accolades during her lifetime.

“For her untiring passion she was recognized and given several awards:

The Elizabeth Blackwell Award for Outstanding Service to Mankind in 1966

The Citation as Outstanding Pediatrician and Humanitarian in by the International Pediatric Association and Ramon
Magsaysay Award for Public Service in the same year of 1977,” he said.

The Order of Lakandula with the rank of Bayani by former President and currently House Speaker of the House of Representatives Gloria Macapagal-Arroyo in 2010,” he added.