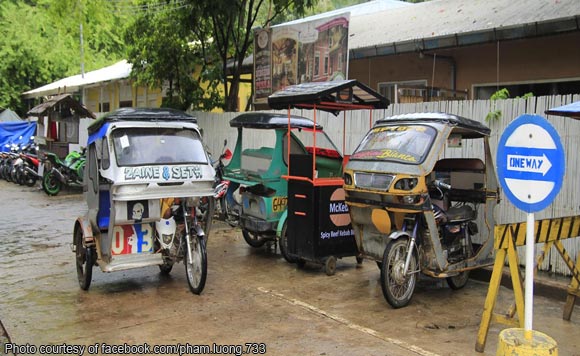 PUERTO PRINCESA CITY, Palawan — The city government here is appealing for an exemption from the ban on the over 6,250 tricycle franchise holders from national roads.

Councilor Rolando Amurao, chairman of the committee on transportation in the Sangguniang Panlungsod, said Saturday the city “still can’t afford” to ban them from the highways due to insufficient public transports.

He said he obtained a copy of DILG Order No. 2007-01 sometime September or October, and “then and there made a resolution address to the government agency to exempt Puerto Princesa in the implementation.”

“Resolution No. 1263-2018 was approved on October 23 and we asked our Sanggunian secretary if it was sent to the DILG because we are waiting for a response. Right now, the DILG has not answered,” he said.

Amurao said the approved measure is also because of City Ordinance No. 838-2018 that allows tricycles on the outer lanes of national roads here.

The city government is now facing a dilemma since Amurao said that on the first week of November, the local PNP Highway Patrol Group (HPG) went to his office to inform him about the DILG order.

“Ang sabi ko wag muna kasi meron kaming resolusyon sa DILG na i-exempt muna ang city, pero wala pang sagot kaya huwag munang ipatupad sa Puerto Princesa (I told them not to implement the ban yet because we have a resolution addressed to the DILG to exempt the city, but there’s no answer yet so please don’t apply it for now in Puerto Princesa),” he said.

However, he said the PNP HPG told him that if the DILG pushes for the imposition of the ban, they cannot do anything about it.

Amurao said he himself cannot do anything except to wait for the response of the DILG to the approved resolution since the implementation is a “standing order” nationwide.

Under the Local Government Code or Republic 7610, local councils are authorized to manage and regulate the operations of tricycles within their areas of jurisdiction.

But this does not mean that the regulation guidelines should violate the order of the Department of Transportation (DOTr) and the DILG that now implements it.

“Ang sabi sa atin kung talagang i-order ang implementasyon, wala silang magagawa. Right now, nasa information and dissemination sila sa mga munisipyo. Ang sabi ko naman, okay lang, okay lang(The PNP HPG told us that if they are ordered to implement, they cannot do anything about it. Right now, they’re doing information and dissemination. I told them that it’s okay),” Amurao said.
Amurao said he had earlier informed various tricycle operators and drivers’ associations (TODAs) in the city about the new development and explained to them about the reality that “one day they will be removed from the national roads.”