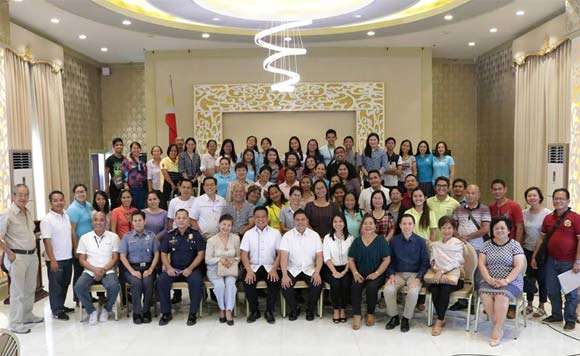 0 664
Share
Want more POLITIKO News? Get the latest newsfeed here. We publish dozens and dozens of politics-only news stories every hour. Click here to get to know more about your politiko - from trivial to crucial. it's our commitment to tell their stories. We follow your favorite POLITIKO like they are rockstars. If you are the politiko, always remember, your side is always our story. Read more. Find out more. Get the latest news here before it spreads on social media. Follow and bookmark this link. https://goo.gl/SvY8Kr

True to its commitment to create a drug-free environment, the Naga City spearheaded a stakeholders’ summit on illegal drug abuse.

The Naga City takes pride on its “holistic” approach on solving the proliferation of illegal narcotics and substance abuse.

“Illegal Drug Abuse is one of the national issues in the country we need to address, and the city government countered a solution through a values-based and holistic anti-illegal drug abuse curriculum for high school students,” the City government said.

“This morning, a Stakeholders Summit was held where involved agencies such as the Church, Department of Education, Department of Health, Philippine Drug Enforcement Agency, Department of Social Welfare & Development and Naga City PTA League signed their Pledge of Commitment to educate our future leaders,” said the City Government.

President Rodrigo Duterte earlier tagged Naga City as a “hotbed” of shabu. Naga City denied the allegations of the President.