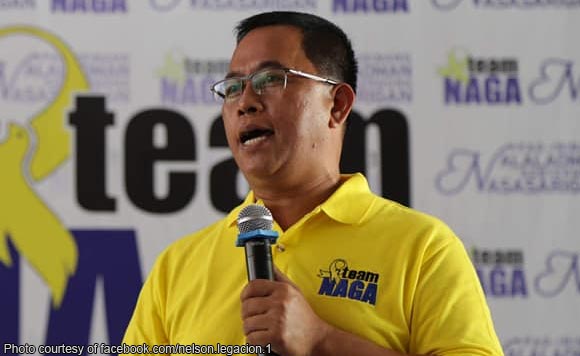 Vice Mayor Nelson Legacion has filed his certificate of candidacy for mayor of Naga City.

Legacion, a three-term vice mayor, is running under the Liberal Party.

The Vice Mayor, together with his full slate, filed their COCs yesterday, the last day of filing. Councilor Cecilia Veluz De Asis will run as Legacion’s vice mayor.

Bongat, who will step down as Mayor in June 2019, fully endorsed the candidacy of Legacion and De Asis.

Prior to filing of COCs the Team Naga attended a Thanksgiving Mass in Peoples Hall in City Hall.

“We love unselfishly. For the Team! And for love of our city, it is therefore #LegAsis2019,” said Vice Mayor Legacion.

After stepping down in 2019, Mayor Bongat said that he’ll retire from politics and just return to private life.