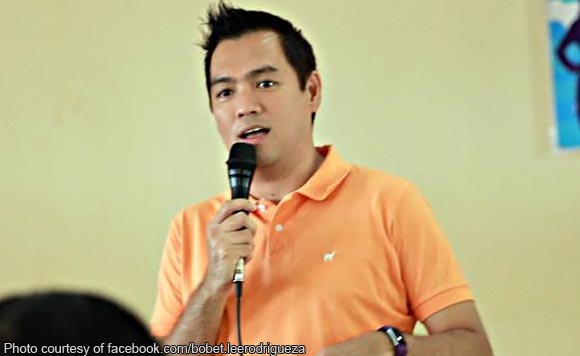 Bobet Lee Rodrigueza will not seek reelection as Sorsogon governor but will run instead as a congressman.

Rodrigueza, a serving his first term as governor, filed his certificate of candidacy as Sorsgon 2nd district representative.

“Today, October 16, 2018 – by the grace of God, I filed my Certificate of Candidacy as representative for the 2nd Congressional District in the Province of Sorsogon,” said Rodrigueza.

Rodrigueza seemed to give way to Senator Francis “Chiz” Escudero who filed his COC as Sorsogon governor.

Escudero made his bid as governor of Sorsogon official as after serving two terms in Senate. He’ll term ends in June 31, 2019.

Escudero was joined by his wife Heart Evangelista when he filed his COC.

Mayor Manuel ‘Wowo’ Fortes of Barcelona, serves as the running-mate of Escudero.