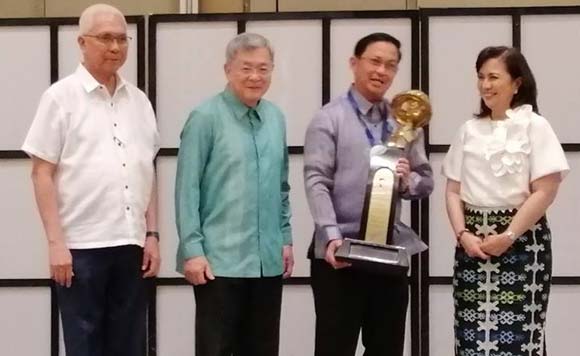 The award was personally presented to Rosal by no less than Vice President Leni Robredo, the wife of former Interior Secretary and Naga City mayor, Jesse Robredo, during the Galing Pook awarding ceremony.

“It humbles me to think that i am joining a list of illustrious awardees before me and especially that this is JESSE ROBREDO’s LEADERSHIP AWARD,” said Rosal.

The mayor, who’s now serving his fifth term, said that he always looked up to Jesse as a “model of excellence in governance and public service.”

“This award validates what we have been doing in legazpi city,that we are on the right track and we are doing well,” Rosal said.

“This AWARD is not only for ME as an individual but rather our commitment for EXCELLENCE…Imagine if such winning efficiency becomes a habit particularly for the goverment employees,” he added.

“It becomes then a culture and a way of life that will have positive consequences towards the government workers, community and to our country.”