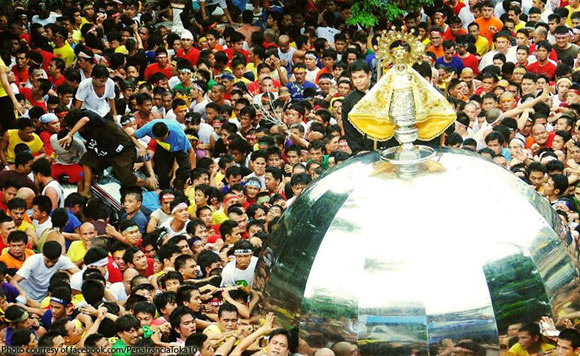 0 1,613
Share
Want more POLITIKO News? Get the latest newsfeed here. We publish dozens and dozens of politics-only news stories every hour. Click here to get to know more about your politiko - from trivial to crucial. it's our commitment to tell their stories. We follow your favorite POLITIKO like they are rockstars. If you are the politiko, always remember, your side is always our story. Read more. Find out more. Get the latest news here before it spreads on social media. Follow and bookmark this link. https://goo.gl/SvY8Kr

The Naga City’s Environment and Natural Resources Office (ENRO) will spearhead a massive clean-up drive on Saturday as a way of thanking “Ina” for a peaceful Peñafrancia Festival.

The office said that they want to honor Our Lady of Peñafrancia for sparing the Bicol from the effects of Typhoon Ompong.

“By way of thanking our beloved “INA” (Our lady of Peñafrancia), peaceful and meaningful celebration of Peñafrancia Festivities and sparing us from typhoon Ompong, the City Government of Naga led by the City ENRO will be having a RILINIG PASASALAMAT KI INA: A citywide Post-Peñafrancia massive clean-up activity on September 22, 2018, Saturday, from 6:00 A.M. to 10:00 A.M in all barangays of Naga and entire stretch of Naga River,” the office said.

The ENRO also said that the event is pursuant to the Presidential Proclamation No. 244 s.1993 which declared the month of September as National Clean-Up Month and the 17th to the 23rd of September of each year as the World Clean and Green Week.

“This event encourages communities to clean up, fix and conserve the environment as the country’s contribution to the worldwide environmental preservation efforts,” the ENRO said.

Mayor John Bongat and other city officials and employees as well as Barangay Officials and organizations, multi-sectoral groups from government offices/agencies, business, schools/academe, civic, NGOs among others will join the activity.

“As our active partners, once again we encourage you and your institution/organization to show a collective commitment to bring together a multi-sectoral taskforce to work together and collaborate among different groups not only during Peñafrancia but throughout the year,” the office said.