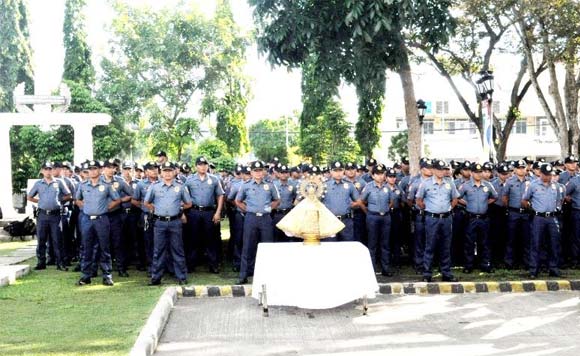 Naga City Mayor John Bongat has led the send off of visiting forces that helped the city maintain its peace and security during the Peñafrancia Festival.

Mayor Bongat also expressed gratitude to the 1,600 uniformed personnel deployed during the feast of Our Lady of Peñafrancia.

The mayor thanked them for their sacrifices during the event, which drew thousands of pilgrims in the city.

The Naga City held the fluvial parade of Our Lady of Peñafrancia last Saturday.

“Send Off Ceremony for Visiting Forces. THANK YOU to the 1,600 uniformed augmentation forces and support groups from the Philippine National Police, the Philippine Army, the Philippine Coast Guard and the Bureau of Fire Protection (and also from the Philippine Navy and Marina) for all your sacrifices in helping maintain peace and order and public safety, ensure effective crowd and traffic management and control and the solemn and meaningful celebration of the Peñafrancia fiesta,” Mayor Bongat said.