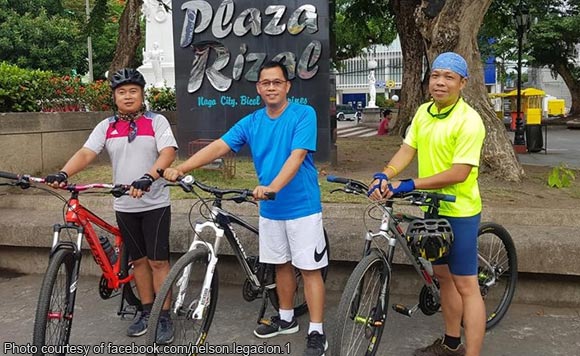 People and bikers can now roam freely around Naga’s Plaza Rizal, and Vice Mayor Nelson Legacion is loving it.

In a Facebook post, Legacion praised Mayor John Bongat for immediately implementing a Sangguniang Panlungsod resolution for the removal of the stalls at the plaza.

Legacion went to check out the place one Sunday before beginning his bike routine, and was pleasantly surprised to see that he freely roam around the place now.

Looks like it will be the new tambayan for cyclists and promenaders!

“PLAZA RIZAL without the “TIANGE”.

Inspected Plaza Rizal before starting our early Sunday bike routine. Pleased to see that the stalls thereat were removed already following the Sangguniang Panlungsod’s Friday decision. Thanks to Mayor John for immediately implementing it.