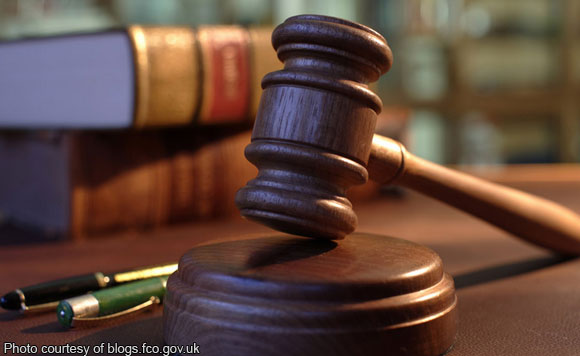 The Court of Appeals (CA) affirmed the dismissal of 18 employees of the Palawan provincial government in connection with the anomalous use of the province’s share of Malampaya funds amounting to P2.57 billion.

It held that the Ombudsman’s consolidated decision exonerating Rodriguez from administrative accountability is final and unappealable due to the failure of complainant Commission on Audit (COA) Chairperson Ma. Gracia Pulido-Tan to appeal the dismissal of the charges.

“Given the finality of the consolidated decision with respect to Elena, the September 13, 2016 order reversing the decision and penalizing Elena for grave misconduct, serious dishonest and gross neglect of duty is erroneous,” the CA said.

The appellate court did not give merit to the claim of the respondents that the investigation of the Ombudsman was premature since under COA’s Rules and Regulation on Settlement of Accounts, an audit report should be followed by notices of disallowances (NDs) which may be appealed within six months.

The respondents noted that even before the NDs were issued, the Ombudsman already conducted an investigation against them.

But, the CA pointed out that under the Ombudsman Act of 1989, the agency can investigate and prosecute on its own, or on complaint by any person, any illegal or improper action of any public officer or employee.

“Thus, the Ombudsman may undertake its own preliminary investigation and give due course to the complaint against petitioners even before the issuance of the notices of disallowance or final audit report by COA,” the CA explained.

“Although the COA report may aid the Ombudsman in conducting its investigation, such report is not indispensable,” the CA said.

The CA also did not give merit to respondents’ claim they were deprived of due process due to the failure of COA to properly inform them of the charges.

“Here, the petitioners cannot complain that they were deprived of due process considering that they each filed their counter-affidavits, actively participated in the proceedings, and filed a motion for reconsideration of the Ombudsman’s decision,” the appellate court pointed out.

The CA also did not give weight to the claim of the respondents that the findings of the Ombudsman were not supported by substantial evidence.

The COA, according to the CA, was able to establish that the respondents failed to comply or present documents proving compliance with the bidding requirements.

The CA added that there was also sufficient evidence showing that the respondents repeatedly bloated their accomplishment reports that cost government millions of pesos in advance payments to undeserving contractors.

“Petitioners cannot hide that these are simple errors but indicative of their dispositions to lie and cheat,” the CA said.

“The petitioners deliberately disregarded the duty to observe the standard procedure required of them as public officials, revealing their depraved motives. Furthermore, their acts indicate the predisposition to lie and cheat,” it added. (PNA)