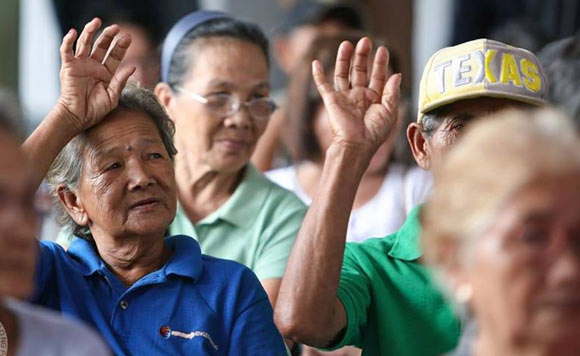 0 630
Share
Want more POLITIKO News? Get the latest newsfeed here. We publish dozens and dozens of politics-only news stories every hour. Click here to get to know more about your politiko - from trivial to crucial. it's our commitment to tell their stories. We follow your favorite POLITIKO like they are rockstars. If you are the politiko, always remember, your side is always our story. Read more. Find out more. Get the latest news here before it spreads on social media. Follow and bookmark this link. https://goo.gl/SvY8Kr

The event, dubbed as the “Bakunado si Lolo at Lola, Iwas Pulmonya,” was a program of the Department of Health and the Naga City government.

The vaccination aims to counter pneumonia illness, which is common cause of other diseases among the elderlies.

The city said that about 500 senior citizens availed themselves of the program that was initiated by the City Health Office.

The vaccines were provided by the Department of Health.