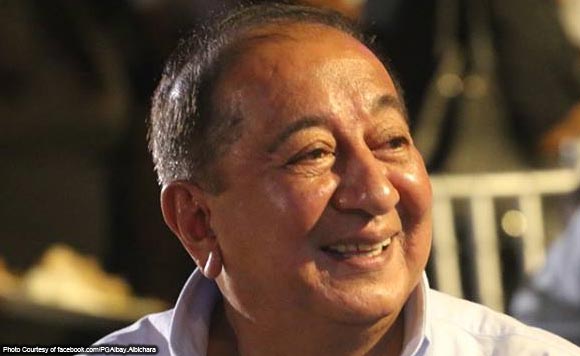 0 444
Share
Want more POLITIKO News? Get the latest newsfeed here. We publish dozens and dozens of politics-only news stories every hour. Click here to get to know more about your politiko - from trivial to crucial. it's our commitment to tell their stories. We follow your favorite POLITIKO like they are rockstars. If you are the politiko, always remember, your side is always our story. Read more. Find out more. Get the latest news here before it spreads on social media. Follow and bookmark this link. https://goo.gl/SvY8Kr

A total of P23 million of emergency shelter assistance (ESA) has been distributed to the residents of Bacacay town in Albay.

Governor Al Francis Bichara led the distribution as he explained that the the money they received was a financial assistance for the houses that have been damaged during Typhoon Nina in 2016.

“We were just taking over the administration then, and we asked for financial assistance from President Duterte, and despite the time that have passed until it was granted, it was still given to the people of Albay,” Bichara was quoted as saying.

The provincial government said that the P23 million for the people of Bacacay can still be used for many important things, like the education of their children or for their business.

Governor Bichara also said that this is the first time in Albay that P10,000 is given to Albayanos as financial assistance for a typhoon.

“We are fortunate that we supported President Duterte during his campaign, now, we have a direct line to him and he is very willing to help us,” Bichara said.

Aside from the ESA Payout, the Provincial Government of Albay also conducted a medical, dental and optical program for the people of Bacacay.

“We brought our team here to provide their services to you so that you won’t have to go to Legazpi anymore, we have brought medicine, eyeglasses, and wheelchairs for you,” Bichara said.