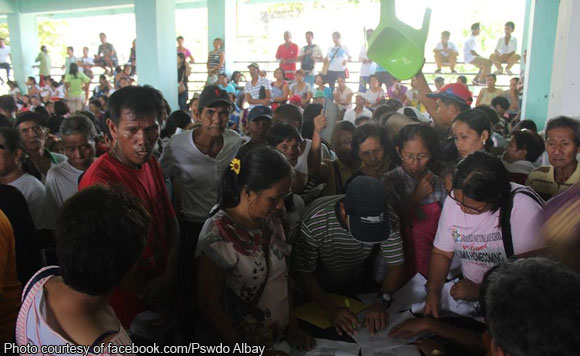 The Albay provincial government has distributed Emergency Shelter Assistance to the residents of Malilipot town today, June 20, whose houses were partially damaged by Typhoon Niña.

The provincial government also provided free medical mission to the residents of Malilipot.

“All in all, a total of 1,800 recipients/families were given Php10, 000 each for the payout plus free medical services provided in the Medical Mission,” the provincial government said.

Governor Al Francis Bichara acknowledged that Albay is a typhoon-prone province as he thanked President Rodrigo Duterte for granting Albay with the financial assistance.

The governor also said that the list of recipients was validated by the Department of Social Welfare and Development to identify those who were affected the most by Typhoon Niña.

He also encouraged the residents of Malilipot especially the elderlies to avail the free medical services particularly the eye check-up.

“Wheelchairs and Canes for PWDs and Senior Citizens, corrected lenses and free medicines for all are given for free in the Medical, Dental, and Optical Mission,” said the provincial government.

Malilipot officials, including the Mayor Cenon Volante, Vice Mayor Johanes Ampig and the Municipal Councilors, are also present during the event.