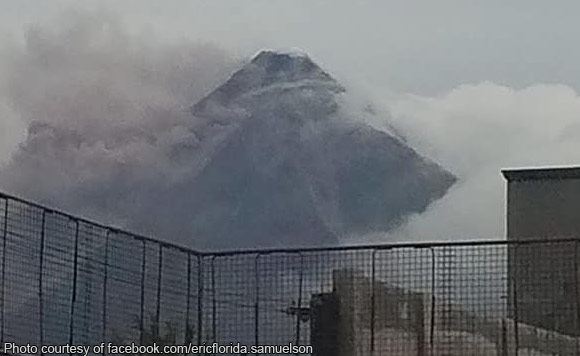 At least 112 villages around the slope of Mayon Volcano in Albay are under threat of lahar flow when the rainy season comes, a ranking official of the Department of Environment and Natural Resources (DENR) said.

Josie Columna, chief of survey and mapping division of DENR-Region 5, said the 112 villages were located in six municipalities and three cities that were identified during their survey in coordination with the Philippine Institute of Volcanology and Seismology (Phivolcs) and Mines and Geosciences Bureau (MGB).

The areas under lahar threat are in Tabaco City, 28 villages; Camalig and Guinobatan, 14 villages each; Daraga, 13 villages; Legazpi City, 12; Ligao City, 9; Sto. Domingo, 8; and Malilipot and Bacacay, 7 villages each.

Presidential adviser FrancisTolentino was surprised upon learning the big number of villages that were under the threat of lahar flow.

He directed the regional directors of concerned agencies to make contingency plans to save residents of said villages from lahar threat and submit recommendations to the committee.

“They have to make an updated year 2018 lahar contingency plan. They should make lahar flow plan bases from the old and new deposits from the aftermath of super typhoon Reming and the latest eruption of the Mayon,” Tolentino said. (PNA)