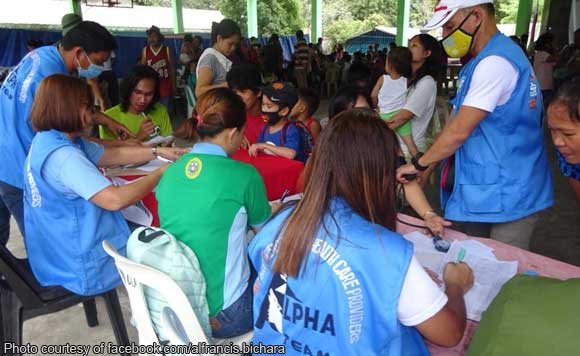 The regional director of the Public Works department in Bicol received a commendation from no less than the Office of the President for his swift action to help the evacuees affected by Mayon unrest in Albay.

Regional Director Danilo E. Versola of the Department of Public Works and Highways (DPWH) Bicol Region was commended by the Office of the President (OP) and was given the Presidential Watch for his leadership.

“The OP through Secretary Francis Tolentino, Presidential Adviser for Political Affairs and designated Presidential Coordinator for Mt. Mayon Operations, lauded and gave Director Versola the prestigious Presidential Watch for leading the DPWH Regional and District Offices in Bicol in building temporary shelters, toilets, and semi-permanent communal kitchens with washing areas for evacuation centers,” the DPWH said in a statement.

Tolentino noted that following the marching order of President Rodrigo R. Duterte during his visit last January 29 in Albay, DPWH was able to build a total of 336 toilets with bathing area in the different public schools compound and resettlement areas within 3 to 4 days duration despite being tasked to build only 333 toilets for the evacuees.

“Additional task to construct 33 semi-permanent communal kitchens with washing areas and temporary shelters was also assigned to DPWH as this immediate assistance in the evacuation centers,” said the department.

Director Versola also deployed two DPWH personnel in each of the seven evacuation centers in the municipality of Daraga, Albay, with trucks and service vehicles on standby for emergency response.

Secretary Tolentino said that the DPWH Region 5 team under Director Versola deserves commendation for their “team work and diligence that led to the immediate completion of the most needed facilities in evacuation camps.”