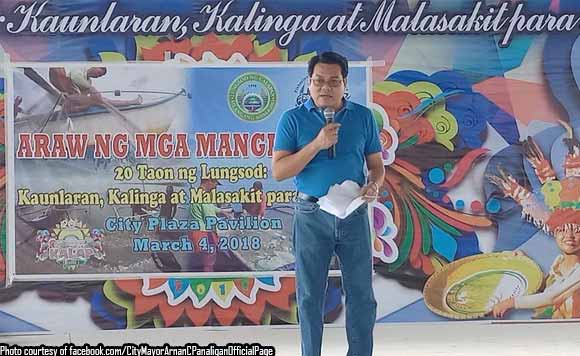 As part of 20th founding anniversary celebration of the City of Calapan, firshermen in the local government were given recognition during a day dedicated for them.

“Hayuma is also a Tagalog word which means “mending of nets,” an activity of fishermen after returning from the sea with their catch,” it added.

“These include mariculture parks, alternative livelihood programs in coastal communities such as organic and native pig raising, skills training such as carpentry and electronics, distribution of bancas and fishing gear, seed capital for rice trading and other projects,” Panaligan’s office said.

The programs for the fishermen are being implemented by the Fisheries Management Office headed by City Environment.