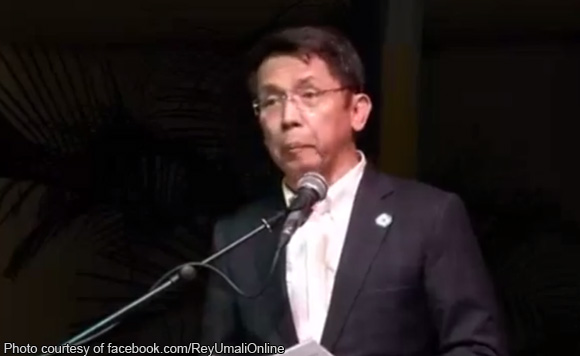 The Senate has nixed the idea and even President Duterte isn’t calling for it, but Oriental Mindoro Rep. Rey Umali is still pushing for the postponement of the barangay elections scheduled in May.

The proposal has met with criticism because it is seen as part of moves to railroad efforts to amend the constitution and shift to a federal government.

But Umali continued to ask barangay officials to support poll postponement, which would be the third time if it would push through.

He spoke before the 2018 National Assembly ng Liga ng mga Barangay sa Pilipinas to gather support for the idea, and asked the village officials to to make their voices head before the Senate and Malacanang to convince officials there to change their mind.

He insisted that deferring the barangay polls would ultimately be to the benefit of the country.

He shared the video of his speech on Facebook.

Did the barangay officials take his message to heart?

We’ll have to wait and see!