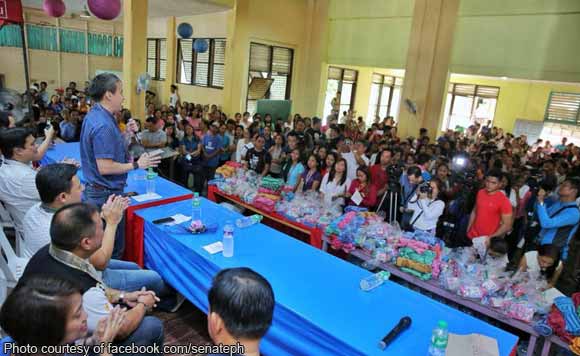 Five senators have visited Legazpi and Daraga in Albay today for an outreach program for the evacuees of Mayon eruption.

The Senators also held a hearing on universal health care.

“We are here in Legazpi with @migzzubiri @sonnyangara @nancybinay @jvejercitoand we are going to 4 schools for the relief operation and the universal health care hearing. #workworkwork,” Senator Villanueva said in a tweet.

For Senator Angara, he said in another tweet that it’s “nice to be back in Bicol.”

According to Ako-Bicol party-list, a total of 1,634 families or 6,120 individuals have benefited from the said relief operations.

Alert Level 4 remains in effect over Mayon Volcano for more than a month now.