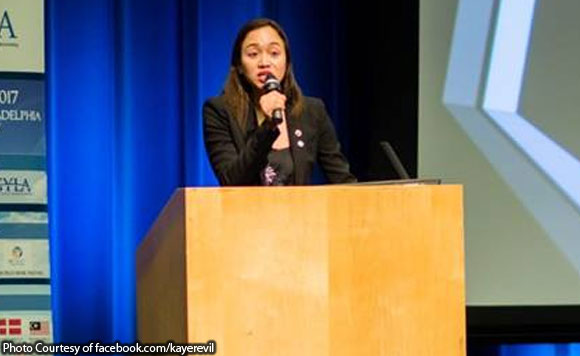 You know what’s sulit? It’s the taxes being paid to Masbate Vice Governor Kaye Revil and her office.

Vice Governor Revil is now set to hit the ground running for the Consultation Conference on Federalism to be held in the province of Masbate on March 1 to 3.

Revil said that she and her office has been so busy these past few weeks for the preparation on the said forum.

To recall, the Masbate Vice Governor even attended a short course program on federalism in Austria and Italy so that she could be adept in the said form of government.

But, the said forum on March 1 to 3 is just the start of something bigger for the Vice Governor.

Revil, the President of the Lady Local Legislators League (4L), signed an agreement with the Interior and Local department and the National Council of Women in the Philippines to advance the advocacy of women.

“You know we are very busy for our upcoming Federalism event in Masbate, but after that, we’ve got another big thing we are also organizing that’s coming up,” the vice-governor said.