Jesse’s mini me is now a lady! VP Robredo in senti mode with throwback pic of Jesse and Jillian 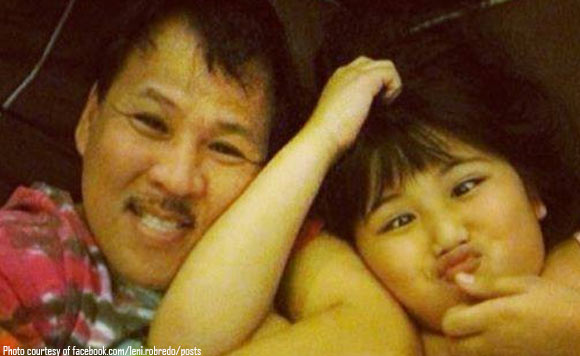 The milestone seems to have put the Vice President in sentimental mode, especially after a picture of an 8-year-old Jillian with her father popper up on her Facebook feed.

The photo reminded her that time does really fly, she said.

Indeed, it does. It was only six years ago when then Interior Secretary Jesse Robredo’s plane crashed into the sea off Masbate.

Succeeding events had catapulted his widow into the political scene and, eventually, to the second highest post in the land.

Their children were also reluctantly thrust into the spotlight, but thankfully, they seem to be holding up well.

“This appeared in my memory feed this morning. Jesse with then 8-year-old Jillian. In two weeks, she’ll be turning 18. Time does really fly,” the Vice President posted.