Albay gets P60M worth of assistance from DOLE 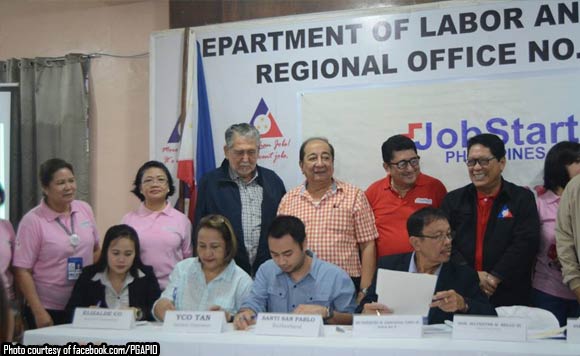 0 564
Share
Want more POLITIKO News? Get the latest newsfeed here. We publish dozens and dozens of politics-only news stories every hour. Click here to get to know more about your politiko - from trivial to crucial. it's our commitment to tell their stories. We follow your favorite POLITIKO like they are rockstars. If you are the politiko, always remember, your side is always our story. Read more. Find out more. Get the latest news here before it spreads on social media. Follow and bookmark this link. https://goo.gl/SvY8Kr

The Province of Albay received a total of P60 million worth of assistance from the Department of Labor and Employment (DOLE).

The assistance, personally presented by DOLE Sec. Silvester H. Bello III, consisted of P30 million for Emergency Employment Program for the evacuees and another P30 million for their livelihood.

Sec. Bello said he wanted to witness the beautiful disaster of Mayon Volcano and at the same time bring relief aid to Albayanos who flee due to Mt. Mayon’s wrath

Bello thanked Albay especially Governor Al Francis Bichara for the hospitality and warm welcome he was extended by the province to him.

A ceremonial turn-over of relief goods to the Governor, and a Ribbon cutting for Tupad Job Start Program was done during the event, the province said.

The signing of memorandum of agreement between the Department of Labor and Employment RO V and Casa Blanca Hotel, Mang Inasal, Sunwest Corporation, Sutherland, Tanvera Corporation was held, February 8, 2018,