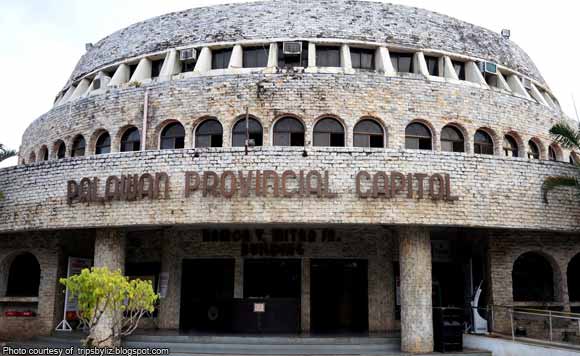 0 563
Share
Want more POLITIKO News? Get the latest newsfeed here. We publish dozens and dozens of politics-only news stories every hour. Click here to get to know more about your politiko - from trivial to crucial. it's our commitment to tell their stories. We follow your favorite POLITIKO like they are rockstars. If you are the politiko, always remember, your side is always our story. Read more. Find out more. Get the latest news here before it spreads on social media. Follow and bookmark this link. https://goo.gl/SvY8Kr

The provincial government of Palawan has called on law enforcement agencies to check on the reported uncontrolled smuggling of fuel and other petroleum products in its coastal waters.

The Sangguniang Panlalawigan approved on Tuesday a sponsored resolution by Board Member Roseller Pineda asking law enforcement authorities to step up the conduct of patrols in the coastal waters of Linapacan and Culion, northern Palawan, due to the problem.

He said it involves large, deep sea fishing vessels and tankers that sell petroleum products to other seafaring vessels at low prices. The practice, which is locally called paihi or siphoning of fuel from tanks sold illegally.

“There are so many petroleum products being sold – diesel and gasoline – that are no longer from the regular dealers, but from the vessels,” Pineda said.

Aside from the two towns, the illegal selling practice, has also been reported in the coastal waters of the Sulu and West Philippine Seas.

He said that if the reports were validated, they could be considered “economic sabotage” as they are not taxed, and they affect the legal businesses of legitimate sellers.

“It could also be considered as economic sabotage since they know there are legitimate sellers who are affected by this illegal activity,” he added.

Pineda’s approved measure is directed towards the Department of Trade and Industry, Philippine Coast Guard, Maritime Police, Bureau of Internal Revenue, Bureau of Customs and the Bantay-Dagat-Palawan. (PNA)

Continue Reading
“economic sabotage”Bantay-Dagat-Palawanboard member Roseller PinedaBureau of CustomsBureau of Internal RevenueCulionDepartment of Trade and IndustryLinapacan
0 563
Share
Politiko would love to hear your views on this...
Trending News
More Stories