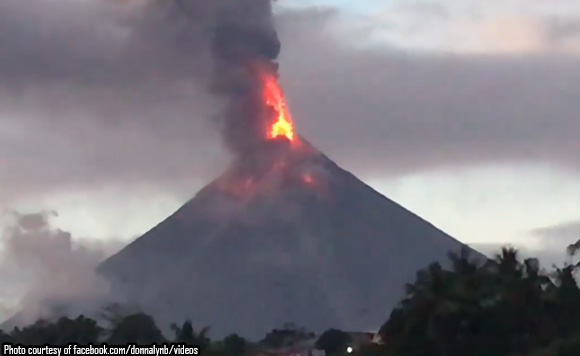 0 706
Share
Want more POLITIKO News? Get the latest newsfeed here. We publish dozens and dozens of politics-only news stories every hour. Click here to get to know more about your politiko - from trivial to crucial. it's our commitment to tell their stories. We follow your favorite POLITIKO like they are rockstars. If you are the politiko, always remember, your side is always our story. Read more. Find out more. Get the latest news here before it spreads on social media. Follow and bookmark this link. https://goo.gl/SvY8Kr

The eruption of Mayon volcano has destroyed an initial P100 million worth of agricultural crops in the province, the Department of Agriculture (DA) said on Thursday.

The damaged crops included rice, corn, vegetables and root crops covering a total of around 3,775 hectares of farmlands based on a DA report as of January 23.

“Out of the 3,516 hectares areas planted, 2,933 hectares are equivalent damaged and Albay lost a total of more than 12,000 metric tons (MTs) of rice in just 12 days due to the continuous volcanic activity,” Rebeta said.

For corn production, affected areas incurred a total of more than 291 MTs of corn losses worth about P7.5 million. Those affected are Daraga with P813,696; Guinobatan-P2 million and Polangui with P4.6 million.

For assorted vegetables and root crops, areas affected incurred total losses of more than 35,988 MTs worth about P19.8 million broken down as Camalig-P1 million; Polangui- P17 million and Oas, P799, 920.

“Crops planted in the 7-km danger zone are totally damaged due to heavy ash fall resulting in burning of crops and leaves; early harvest
of some high value crops such as tomato was done by the affected farmers,” Rebeta said.

For the coconut industry, DA-Albay is still consolidating reports submitted by affected areas.

“More than 5,000 farmers were affected by the damage and since they cannot go into farming, we are collaborating with other agencies like Technical Education and Skills Development Authority (TESDA),Department of Labor and Employment (DOLE) and Ako-Bicol Partylist (AKB) to intervene in providing alternative employment for them,” the DA chief said.

The DA said its damage report would be updated as soon as the Municipal Agriculture’s report reaches its office.

“We are now doing the same interventions designed as a massive rehabilitation-recovery effort to recoup production losses by the next cropping season,” Rebeta said. (Philippine News Agency)