US, UK, Canada caution nationals in Bicol over Mayon eruption 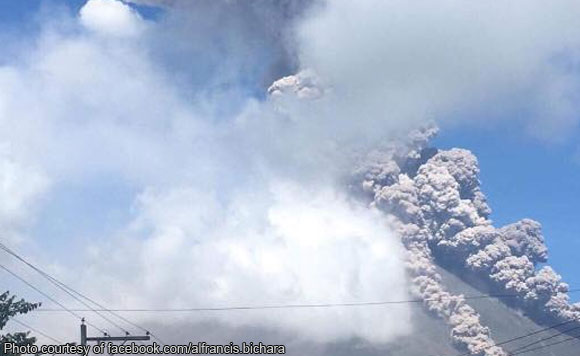 0 586
Share
Want more POLITIKO News? Get the latest newsfeed here. We publish dozens and dozens of politics-only news stories every hour. Click here to get to know more about your politiko - from trivial to crucial. it's our commitment to tell their stories. We follow your favorite POLITIKO like they are rockstars. If you are the politiko, always remember, your side is always our story. Read more. Find out more. Get the latest news here before it spreads on social media. Follow and bookmark this link. https://goo.gl/SvY8Kr

At least three countries have advised their nationals in the Philippines to take precautions following the eruption of Mayon Volcano in Albay.

The United States urged its citizens to exercise caution if contemplating travel to the vicinity of Mayon Volcano in Bicol.

The US also noted Phivolcs advised the public not to enter the danger zone.

Also, it advised its nationals to “monitor current conditions, maintain active awareness of local conditions, and especially refrain from unauthorized hiking in the Danger Zone.”

“Check with your airline for the latest flight information if you are traveling to/from Legazpi Airport,” it added.

The United Kingdom issued similar advice to its nationals in the Philippines, citing the increased eruptive activity at Mayon.

“If you’re in the area, you should remain vigilant, monitor local media and follow the advice of the local authorities to stay out of the designated danger zone within 8km of the crater,” it said.

“Legazpi City International Airport has suspended operations and further disruption to flights in the region is possible,” it added (https://www.gov.uk/foreign-travel-advice/philippines).

Meanwhile, Canada advised its nationals to “avoid the permanent danger zone (8 km radius from the volcano’s summit vent), due to the danger of rock fall, landslides, sudden explosions or dome collapse.”

“Be ready to leave quickly upon recommendation from local authorities. Ash clouds could disrupt flights in the region. Contact your airline or tour operator to determine if the situation could affect your travel plans,” it added (https://travel.gc.ca/destinations/philippines).