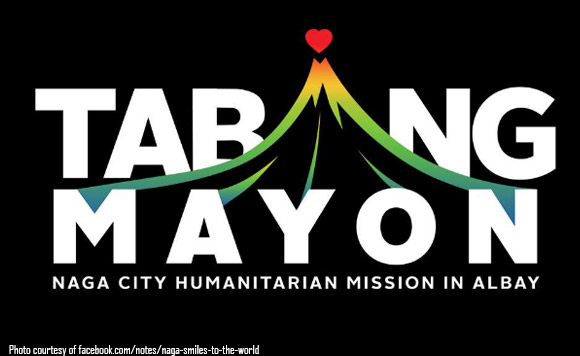 0 675
Share
Want more POLITIKO News? Get the latest newsfeed here. We publish dozens and dozens of politics-only news stories every hour. Click here to get to know more about your politiko - from trivial to crucial. it's our commitment to tell their stories. We follow your favorite POLITIKO like they are rockstars. If you are the politiko, always remember, your side is always our story. Read more. Find out more. Get the latest news here before it spreads on social media. Follow and bookmark this link. https://goo.gl/SvY8Kr

The City of Naga has launched a donation drive, dubbed as #TabangMayon2018, to help those families who were forced to flee their homes following the unrest of Mayon.

The campaign was in partnership with the Naga City led by Mayor John Bongat, the Naga City People’s Council (NCPC), Metro Naga Chamber of Commerce and Industry (MNCCI) and the Lingkod Barangay Office (LBO).

The said donation drive aims “to help the evacuees in several cities and municipalities in the province of Albay who were forced to leave home for safety reasons with the Mayon Volcano magmatic eruption.”

The said “humanitarian mission” mission of Naga City will go to Albay province, particularly in Camalig, Guinobatan and Ligao City, on Tuesday, January 23, 2018.

The Naga City also said that they are accepting cash donations under the bank account of the city government.

The City Social Welfare and Development Office (CSWDO) serves as the drop- off and coordinating center for the donations.

“About 30,000 individuals have already been staying in the evacuation centers in the province of Albay, as reported, which has now been declared under the State of Calamity,” the city said.

For those who want to volunteer, the city said that the immediate needs are: